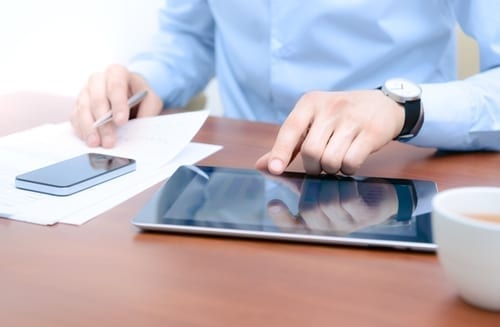 For years, businesses used paper as the primary form of communication and documentation. However, the days of working through piles of sheets are coming to a close as digital systems, including business management software, emerge as the superior method of information transfer.

The average cost of a traditional process order is $75 compared to $20 for the same action performed electronically.

According to a recent report by Deloitte, using digital methods in business-to-business payments can accrue a number of significant benefits for companies in comparison to paper invoicing. The majority of firms (87 per cent) that switched to electronic accounts and card transfers found these systems offered them more spending control. A further 68 per cent found that administration tasks decreased and 82 per cent reported faster transaction times with electronic payments.

In terms of receiving payments, 61 per cent suppliers found that card transactions lead to improved efficiency as they spent less time chasing up payments. Card transactions also improved client satisfaction, with 60 per cent of firms reported that electronic payment methods led to better relationships with customers.

For both parties, the average cost of a traditional process order is $75, compared to $20 for the same action performed electronically.

The private sector is not the only area that has seen the benefit of cutting out paper from their daily processes. The IRD in New Zealand recently switched customers to their online portal to receive correspondence online rather than through the mail. As well as passing on notable cost savings, the organisation is expected to save 16 million sheets of A4 paper a year, equivalent to 1,900 trees.

Despite the quantifiable list of improvements electronic payments can bring, many companies are not catching on to the trend, according to Richard Miller, payments director at Deloitte.

“There is still considerable opportunity to improve take-up, with almost half of survey respondents (47 per cent) not using the available solutions and 100 per cent still having paper processes to support cheque payments,” he stated.

As well as cost saving and businesses benefits, there is a notable environmental aspect to reducing paper usage. Clean Up Australia estimates that citizens send 1.9 million tonnes of paper to landfill every year. The production process is also heavily reliant on natural resources, as 90,000 litres of water is used and 1.46 tonnes of greenhouse gas is emitted to make one tonne of paper.

Switching to paperless systems, such as project invoicing, is a wise choice, both for your personal business growth and the wider environment.