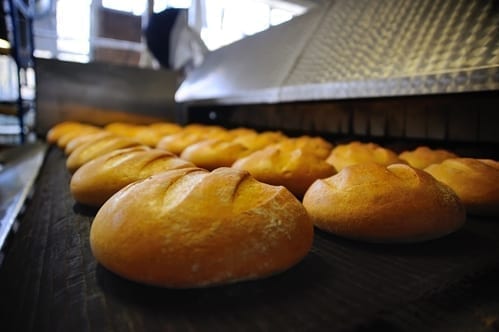 In the last five years, Australia’s food export industry has increased from $27 billion to $44 billion. In that same period, the country has also gained 400 more food manufacturing plants. The two are very much linked, according to Anthony Pratt, who opened Melbourne’s Global Food Forum on March 28.

“Our agriculture sector just made its highest contribution to GDP growth since 2008,” said Mr. Pratt. One of the key contributors to this is the increased number of food manufacturing plants, meaning Australia is now able to supply the demand from overseas.

For instance, according to Pratt, the country is now one of the largest exporters of goat meat in the world at $250 million. Fruit and vegetable exports to all countries are also up 200 per cent, to $3 billion. Likewise fresh meat exports have increased by 90 per cent.

Asia is the area that is really driving this increase in food exports. Mr Pratt said Australian horticultural exports to China had grown 20 times to $300 million during the past five years.

“We need a constant focus on food exports to our Asian neighbours especially because our seasons are counter-cyclical to Asia’s, which is a great opportunity,” he said

“China is now our second largest export market for wine at $500 million.”

Technology and Education to drive change

Former trade minister Andrew Robb said that it might take up to 20 years to reach Australia’s $100 billion target, but that it was definitely possible.

“It’s technology that will be needed for it, it’s education of the workforce and it’s big partners and assured markets,” he said.

Technology in particular is seen as the key to making Australia’s food and agriculture industries grow even further – digital technology is to be the focus of the $50 million research funding awarded to the Food Agility Cooperative Research Centre (CRC) last month.

These encouraging PMI figures are part of an increasingly positive outlook for the Australian manufacturing industry. March saw the country’s overall manufacturing PMI drop 1.8 points to a still very strong 57.5, with figures above 50 indicating expansion. This was the sixth consecutive month of expansion. The previous month had seen the PMI increase by 8.1 points to 59.3, so it was expected that there would be a bit of a dip in March. The fact that the food industry continues to rise even with the slight decline in the overall figure is a very encouraging sign.

How ABM can help

Here at Advanced Business Manager, we want you to focus on getting the important jobs done, so you too can contribute to Australia’s growing manufacturing sector. We also know just how much time small tasks like accounting and job costing take up, leaving you with fewer hours to spare for improving your manufacturing business and production lines. This is why we’ve developed ABM accounting software, which helps you out with these types of jobs. We also have optional modules to make things like warehousing, importing raw materials and structuring stock easier.