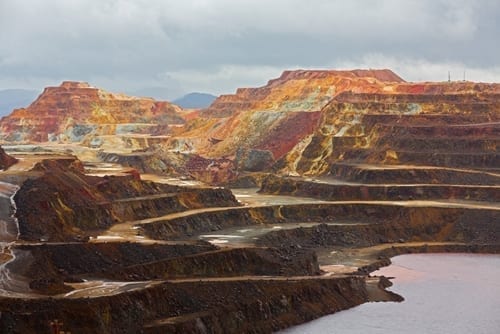 Despite recent news of a downturn in the economy, Australia is set to experience a significant increase in the volume of mineral exports to emerging markets over the medium term.

According to the Department of Industry and Science, a transition from investment in the mining boom to production is expected to create a substantial increase in the level of exports of most commodities.

However, in the short term, the news is not as positive. Australia’s revenues from mineral and energy commodity exports are predicted to slump by 8 per cent. The higher volumes the industry is producing is likely to be offset by lower commodity prices for those minerals. A slowdown in China’s economy is also partly to blame. The mining sector is estimated to make only $179 billion because of these lower prices.

Construction booms in the emerging markets of Asia will mean business will improve for the mining sector. Being able to handle this increase in demand will require businesses to invest more in their company’s potential for growth, including accounting wholesale and distribution systems.

The ability to rebound from surviving at lower prices will be the key challenge for the industry in the medium term, after losses suffered from the current softening of both demand and prices. If businesses connected to the industry can hold on, they will be able to see greater benefits as prices rise and demand returns.

“Commodity prices are forecast to remain soft in the short-term as surplus supply is absorbed”, said Mark Cully, the department’s chief economist.

Australia’s export earnings from resources and energy commodities are projected to increase from $179 million to $240 billion (in today’s dollar terms) by 2019-20. The biggest rise is expected to come from the liquefied natural gas sector (LNG). Recent developments in fracking and the completion of new projects is set to almost triple Australia’s LNG exports, within the medium term.

The prices for iron ore and coal are also expected to increase, according to the department.